Wisconsin lawmakers introduced legislation that would eliminate income tax liabilities for tipped wages paid in cash. If it passes, Wisconsin could be the first state in the country to provide a state income tax exemption for cash tips paid to waiters, bartenders, taxi drivers, hair stylists and other service industry workers.

Why did lawmakers propose the bill?

On April 25, 2019, state Representative Cody Horlacher and Senator Andre Jacque introduced the bill in an effort to help lower-income workers in Wisconsin’s service industries. Since tipped workers make up the majority of the workforce in those industries, the bill would bring tax relief to a large number of employees across the state. "It's extra money in their pocket, extra money they are able to use to support themselves and their families and the local economy," said Jacque of the legislation.

How would the legislation impact employers?

The new legislation could serve as a helpful recruiting tool for employers in the hospitality, tourism, and transportation industries, since their employees would get to keep more of their hard-earned wages.

As another plus for employers, the proposed bill would still allow them to claim a tip credit. With a tip credit, tipped employees are entitled to the state minimum wage of $7.25 per hour. However, employers of tipped employees are allowed to pay them as little as $2.33 an hour, as long as this amount plus their tips adds up to at least $7.25 per hour. If it doesn’t, the employer is required to make up the difference.

Any other noteworthy details of the legislation?

Yes, and it’s important for tipped workers — and their employers — to be clear on the fine print details. While Wisconsin workers would get a tax break on their cash tips, credit card tips (and any other electronic payment tips) would still be taxed. Furthermore,the exemption only applies to state taxes. If enacted, tipped workers would still be responsible for paying federal taxes on cash tips.

As new updates come in regarding the Wisconsin legislation, we’ll keep you up-to-date. Legislators anticipate there may be a vote on the bill in the coming months, so we’ll be on the lookout. In the meantime, follow us on LinkedIn and Facebook to make sure you don’t miss out on important updates like this!

Orbit Solutions transforms the way you recruit, manage, and grow your workforce. 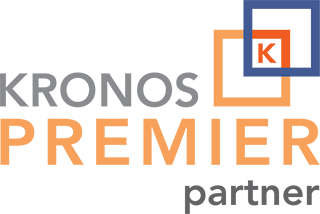